Why Ignoring Stress Is Like Being Captain Of The Titanic 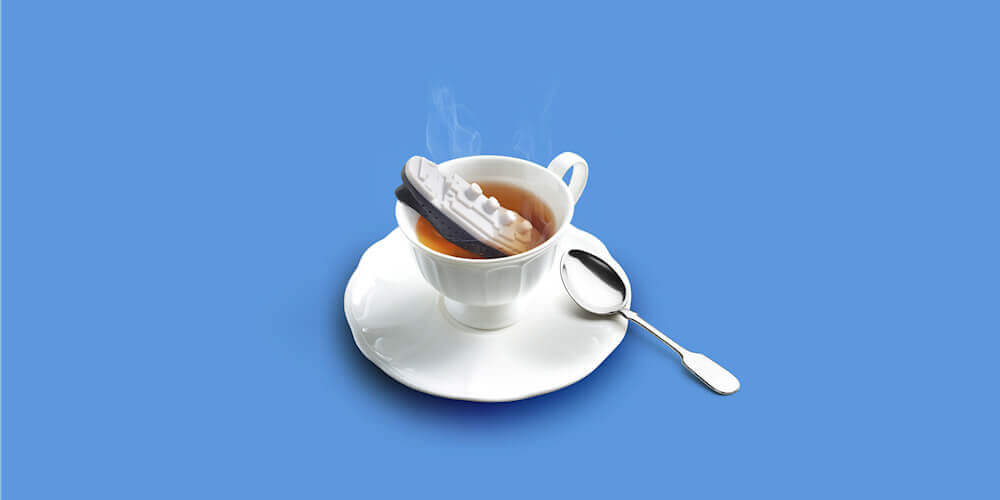 Why Ignoring Stress Is Like Being Captain Of The Titanic

Consider this, stress is a killer.

You may be thinking that statement is over exaggerating the problem of stress. However having coached 1000’s of people who have resorted to external coping mechanism such as drink, drugs and food to manage their stress levels, I can confidently say with nearly two decades of coaching experience that this statement is a TRUTH and one that far too many business owners don’t want to hear at their peril.

Think of all the illnesses people have to cope with that are all caused by stress and you have an idea of the scale of the problem. Dealing with the dysfunctional coping mechanisms that people commonly use to deal with stress, is just scratching at the tip of an iceberg that most businesses are steaming towards with a sense of invulnerability and ignorance, just as the captain of the Titanic did on that fateful day 15 April 1912 and we all know how that story ended.

Stress management for many is still regarded as a CPD or “something we have to do” exercise and not as an essential part of running a healthy organization. Stress is a killer of individuals and it can kill a business if ignored and ignorance is no defence if you are in charge.

My phone rang late Sunday evening, when I answered it at the other end  of the line was a distraught friend in floods of tears. She had recently contacted me to see if I was interested in putting together a coaching programme on the subject of dealing with change. The company she was working for were making 350 people redundant, her task was to source a training programme to help them to deal with uncertainty and change so she immediately thought of me. Why uncertainty is such a major contributor to stress is a subject for another article.

During our initial communications it became obvious that the programme was being set up not so the company could provide a service to the people who were currently still their staff, and still their responsibility but so that they could be seen to be doing the right thing. They wanted to tick some boxes.

They were concerned that by providing this support programme they would have groups of 50 people at a time gathering together and talking about redundancy and this would adversely affect the rest of the company when they went back to work.

I re-assured her that people would talk anyway and that this could be dealt with during the programme, however, it become clear that this objection could stop the training from going ahead. I explained to her that if they were more interested in protecting against brand damage then being of service to their staff, then I was not the person for them. I only work with clients who are dedicated to making positive changes and doing the right things for the right reasons.

“Imagine seeing an old lady drop a bag of groceries and it spills over the pavement” I said, immediately following it up with the question “Do you go and help her because it’s the right thing to do or because someone sees you watching and you feel you have to?”

She asked me to leave it with her and went back to the Head of Human Resources with my metaphor and reported back that the company got my point and would take it into consideration when deciding if the programme would go ahead. That was on the Tuesday.

My friend was in tears because on the Saturday one of the senior managers had heard he was being made redundant had committed suicide. He was in his late 50’s and left behind a suicide note saying he couldn’t cope with losing his job.

This is a tragic story and an extreme case you may think and some would say an over reaction, in which case you are wrong it is not extreme and although it is an over reaction is far more common then people want to recognise. In a BBC survey on stress amongst teachers 2% of the people responding admitted to self-harming and considering suicide as a result of stress at work.

Uncertainty and change affect people in some deeply disturbing ways. Some cope and others don’t and the real problem is a lack of understanding of the effect an inability to cope can have on the individual. No one knows which is the last straw that will break the camels back so to speak. Having coached many who wanted to commit suicide (and didn’t) and an equal number who were left behind by those who had, it’s an extremely desperate measure that leaves behind a trail of grief and misery,

The tragic knock on effect to family, friends, work colleagues, is far more disruptive to the lives of people then worrying about them talking about the company and its redundancy policy while they chat at the water cooler.

Unfortunately far too many businesses go full steam ahead, busy being busy with the day to day activities ignoring the warning signs that people aren’t coping with stress, with change or excessive work loads. They ignore the drop in the air temperature and the ice gathering all around. Without wishing to over stress my point I hope you get the metaphor.

It’s often people who can cope that don’t recognize stress to be the problem it actually is. In fact mention stress management to many executives and they will either puff their chests out to show how they can cope with stress, or they roll their eyes at the very subject as they calculate how much work time is lost while people are off hugging trees or mindfully chanting ohm. Then thankfully there are the enlightened others who grimace and nod in recognition of the severity of the problem that stress causes and yet even in this group far too few take any action.

If you are either a puffer or a roller then you probably won’t have read this far and that’s the real problem. Ignorance of the real human cost and damage stress can have on the individual experiencing.  An inability to cope with stress is still regarded by many as a character flaw. Stress is part of the human condition it’s natural, being able to cope with it in resourceful ways can be taught and learnt.

Suicide is an extreme reaction to stressful events for sure; and I would have loved the opportunity to have a coaching session with this man and to have him recognize his real value and look at the opportunities and possibilities redundancy offered him but that meeting tragically never happened.

Dealing with overwhelm and changing circumstances that cause stress to the degree that someone would consider taking their life is beyond the remit of most coaches and certainly most stress management programmes. I always suggest to coaches that if they suspect a client is having suicidal thoughts to work with the client to seek professional help the phrase to remember is “don’t coach above your pay grade”.

Having worked in the field of therapy before focusing on business coaching I have worked with many who are in extreme states of stress, anxiety and depression and considering suicide; it requires a gentle and persistent approach. Being able to recognize someone who is struggling with stress and knowing how to deal with it are subjects for other articles.

Stress management is as much a personal as well as a corporate responsibility, if you want to know more about how to empower individuals to cope with stress, uncertainty and change then it begins with a conversation.